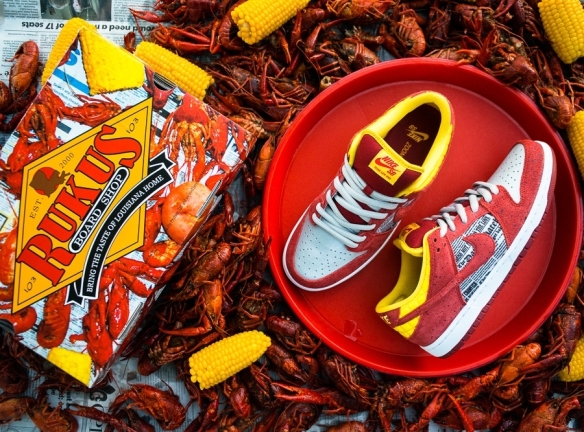 Ruckus Board Shop has teamed up with Nike SB for one the of the hottest collaborations this year. Sticking to their Louisiana roots, the “Crawfish” Dunks resemble what a good southern seafood dish should consist of… crawfish, corn-on-the-cob and newspaper!

The shoe itself has speckled red suede representing the the crawfish while the silver toe imitates the pot it cooks in. Quilted yellow leather has been perfectly stitched and designed to resemble some good ol’ fashion corn. But the one thing that puts this shoe over the top is the newspaper print on the midfoot panels, which remind us of the table clothes that crawfish is usually served. 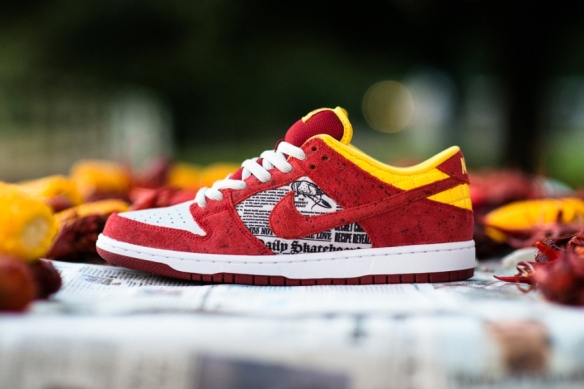 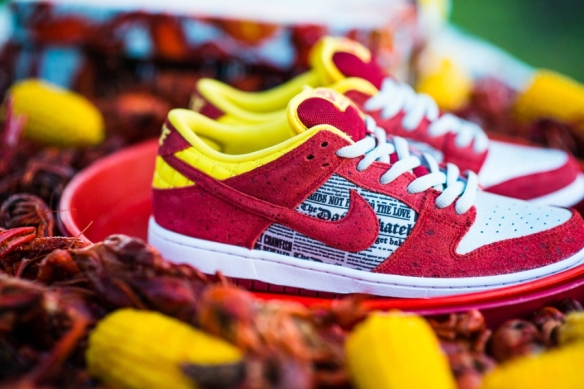 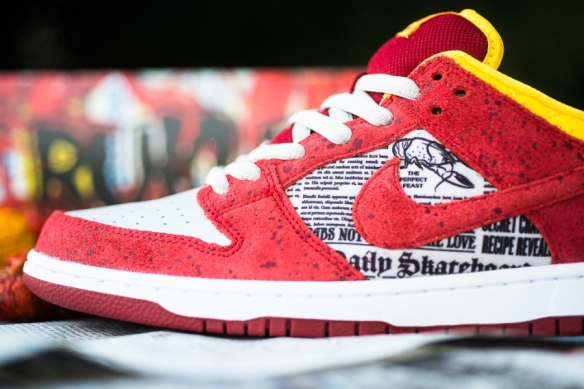 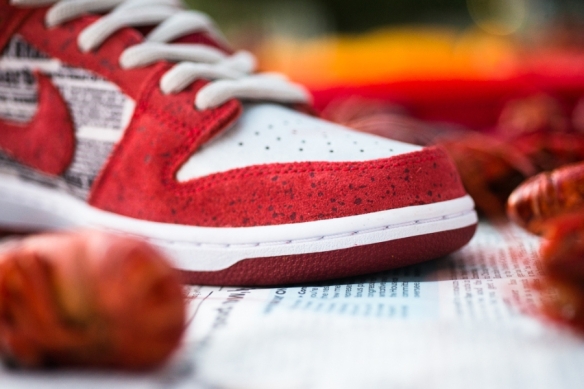 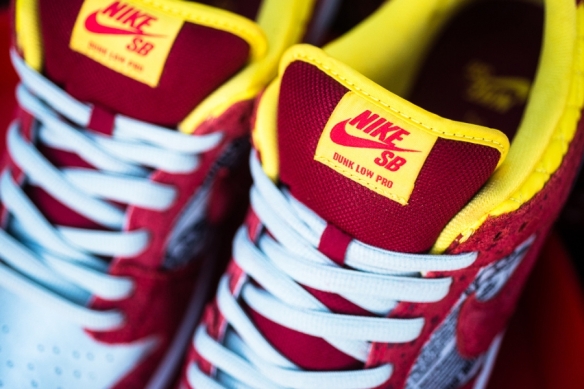 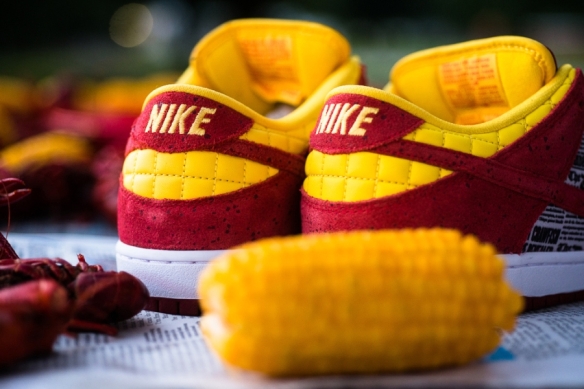 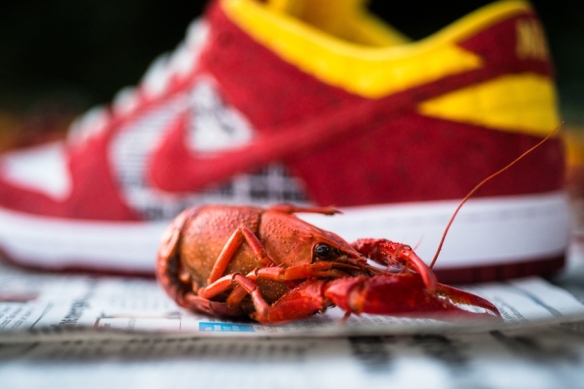